Here for fun picking all kinds of sports

Who is online?
In total there is 1 user online :: 0 Registered, 0 Hidden and 1 Guest

L.A. Rams over Eagles
Monday: Saints over Panthers
GOOD LUCK GUYS WITH YOUR PICKS...... Another season winding down

Lets get some football kicked off though..... 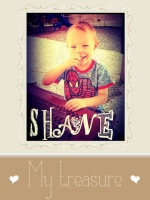 But lets get this party started .....

Wishing you guys a very safe and MERRY CHRISTMAS!!!!! Lets get another week of football kicked off

MERRY CHRISTMAS  guy's , really busy today so i'l get Sat. picks in and the rest tomorrow.
i was 9-7 last week in my pro picks

TITANS OVER REDSKINS
CHARGERS OVER RAVENS

Time to get the rest of my picks in

FLORIDA OVER MICHIGAN
SOUTH CAROLINA OVER VIRGINIA
ARKANSAS ST OVER NEVADA
NOTRE DAME OVER CLEMSON...just have a feeling about this one .....

I'll wait for the DEC 7TH NCG PICK until i know who is in it .

Well good luck fellas with you last weeks picks. Another regular season already in the books. Lets get some football kicked off

OK guy's i was 12-3 in my pro picks last week ...i know i forgot 1 pick and so far i am 26-14 in my college bowl picks with 2 games to go , so here are my picks for this weeks wild card games as well as my pick for the College NCG game 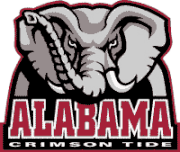 Okay fellas the NFL regular season is in the books. I went 13-3 in week 17.
Now it is Wild Card Weekend...... Here are my picks for the games......
Saturday: Colts over Texans
Seahawks over Cowboys
Sunday: L.A. Chargers over Ravens
Bears over Eagles
YEP I am taking 3 out of the 4 road teams to win this weekend

Ohhhhhhhhhhhhhhhhh I almost forgot about the BIG GAME MONDAY NIGHT...........
College Football National Championship Game. This could be a classic for the ages.
In a hard fought down to the last quarter battle I am going with my gut instinct......

I am still here, I haven't quit making picks. Only diva Wide Receivers quit. What a joke. Art Rooney II should just clean house, but he won't. This soap opera is the direct result of Mike Tomlin's lack of anything resembling discipline. It's so sad. I always imagine what a real coach, like Belichick would do with so much wasted talent. New low in my over 47 years as a card carrying member of Steeler Nation.

Went 1-3 on my Wild Card picks. Going with all the home teams this week.

Well guy's i was 3-1 in my pro picks last week , now on to the divisional games

Well guy's i was 4-0 last week in my pro picks.
So here we go with my Conference Championship picks....

SAINTS OVER RAMS
PATS OVER CHIEFS

I'm pull for you JOS but these are picks that worry me as bad as the ALABAMA / CLEMSON game did ......